Down with Less Meat, up with Happy Better Vegan Foods! 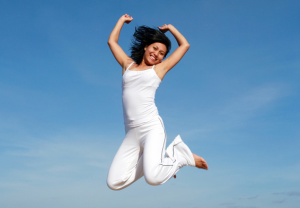 Government meetings might not normally be interesting – but in a meeting last week where public comments were made on recommendations for U.S. dietary guidelines, some fascinating comments can be seen and heard in a video of the meeting.

A man representing McCormick Spices played to the crowd, saying “let’s spice up the guidelines!”  He proposed that consumers would buy his company’s products “not because they have to but because they want to.”

Some speakers said they were attending the meeting on behalf of a broad coalition representing “millions of Americans” anxious for the dietary guidelines to incorporate recommendations for “less meat” to improve environmental sustainability.  One couldn’t help wondering who’d win a contest between millions of “less meat” consumers versus hundreds of millions of meat consumers.

Indeed, a number of speakers representing livestock interests spoke as if they represented the average consumer, and they pitched livestock products as center-of-the-plate foods in the most positive terms possible.

In contrast, none of those promoting “less meat” pitched anything easily perceived by an average consumer as center-of-the-plate foods.  Instead, they pressed for meat to be replaced with things like “fruits and vegetables” and “more plants”.  They left it to the audience to puzzle over how vegetables and fruits might be something other than side dishes and desserts, and how a plant could be a center-of-the-plate food.

Contradicting the claim by the “less meat” speakers that they spoke for a broad coalition, virtually all but one of them were clearly Caucasian.  In contrast, many speakers outside that coalition were clearly African American, Asian American, and Hispanic American.

One speaker said “less meat” is needed because emissions of methane and nitrous oxide from livestock production “may double by 2070… making it impossible to meet climate change targets” and “Americans are eager for good science-based information.”

Yet according to the world’s most prominent climate authorities, the world must significantly reduce greenhouse gases by 2020 or at the latest 2026, or else climate change may no longer be controllable.

So the “less meat” speakers failed to define correctly what’s needed.  They also failed to explain that Americans can’t act to meet climate targets on their own.  That’s because greenhouse gas emissions and climate change are large-scale and don’t respect borders.  So climate targets can be met only if people in much more populous countries participate, especially China and India.

Yet it’s even less possible to sell “less meat” in China and India than it is in the U.S., as there’s much less perception in those countries that there’s an excess of meat consumption.

“Less meat” proponents also failed to talk about how widely-cited assessments of food and climate change by the FAO and others have focused on all livestock production, not just meat production.  Yet promotion of “less dairy products” and “less eggs” would be even less acceptable than “less meat” in China and India – particularly in India, where dairy products are especially preferred.

So it seems that what’s needed is some sort of positive, internationally acceptable marketing of center-of-the-plate and other vegan products.  They could be called something like “Happy Better Vegan Foods”.

Positive marketing of center-of-the-plate products is already being undertaken by plant-based food producers who market products such as “grain meat” and “nut meat“.

After all, dictionaries define “meat” as an essential food that include vegan versions.  This suggests that the dietary guidelines’ recommendations are mistaken in prescribing “smaller meat portions” without qualifying them as animal-based meat portions.

Evidence for a case not to cede the term “meat” to livestock producers is provided in a recent article in a prominent food industry publication, which reports on a major trend to market plant-based meats for sustainability.  The article quotes Ethan Brown, CEO of Beyond Meat, saying: “People have a sort of hopelessness about climate change… but 51 percent of greenhouse gas can be attributed to livestock”.

If a term such as “Happy Better Vegan Foods” would be used, then what’s needed could be framed as preferable, delicious center-of-the plate foods and vegan alternatives to dairy products and eggs.  This could inspire consumers to choose what’s needed not because of dietary guidelines, but because they want to – the holy grail prescribed by the man from McCormick Spices.

A variation on the “less meat” theme came from a speaker advocating for the “humane” raising of animals.  She spoke of her concern for greenhouse gas emissions, saying: “The FAO has evidence to show that 14.5% of anthropogenic greenhouse gas emissions come from livestock production”.  Therefore, this speaker claimed, “there is an overwhelming case” to accept the expert committee’s recommendations.

The FAO’s livestock-climate analysis cited by the “less meat” speakers is being used in the dietary guidelines’ recommendations, and this elicited no criticism from the “less meat” speakers.  Yet the FAO’s livestock-climate analysis has been written by livestock specialists, not environmental specialists, and the FAO is just one of nineteen UN specialized agencies.

In contrast, Bill Gates has written an article prescribing the replacement of most livestock products with better alternatives, citing environmental specialists employed by two other UN specialized agencies – the World Bank and IFC – who’ve explained how livestock account for at least 51% of anthropogenic greenhouse gas emissions.*

One of those World Bank/IFC environmental specialists wrote a critique of the FAO’s partnership with global livestock industry associations that was published by the New York Times.  That specialist also co-founded Chomping Climate Change, which proposes that climate risk is the most compelling reason to replace livestock meat on a worldwide basis with “happier meals” promptly.

The very first Chomping Climate Change publication proposed that if the case for something like Happy Better Vegan Meats is clear, then those who normally would lobby governments should appeal directly to the food industry and consumers.

After all, people almost never sell less of anything, but they can almost always sell something that’s Happier and Better.

It doesn’t matter so much whether “less meat” activists use FAO’s analysis or not – but if they otherwise want to address climate change properly, then they’d serve themselves and others well by doing the following three things.  First, they should frame what they’re selling as something positive.  Second, activists should focus on dairy products and eggs as much as they focus on meat.

Third, activists should define the key problem as being the need to reduce emissions significantly before climate tipping points occur – and settle on a calculation of what amount of livestock reduction is needed to avoid those tipping points.

Our world is at stake, so there’s an ethical need to act without worrying what policymakers or consumers might accept.  In a past case, it turned out such worrying was undue, and it similarly involved large-scale emissions that don’t respect borders.  Specifically, in the 1990s, environmentalists worried whether policymakers and consumers would accept eliminating coolants and aerosols that destroy the ozone layer.

As with coolants and aerosols, it won’t matter that “less meat” folks are vastly outnumbered.  So were Steve Jobs and Bill Gates long ago.  They didn’t tone down out of fear of what policymakers or consumers might accept.  They just went ahead with marketing Happier and Better things – which made their competitors’ products obsolete in only a few years – and the same can be done with Happy Better Vegan Foods.

* See original source of this estimate in “Livestock and Climate Change” by Robert Goodland and Jeff Anhang.

Down with Less Meat, up with Happy Better Vegan Foods! was last modified: October 24th, 2019 by admin
Share this post