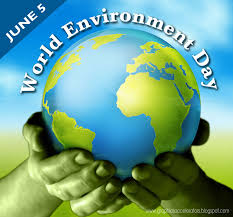 In the month before World Environment Day (today), the New York Times publicized a projection that large-scale melting of ice in the Antartica may now be almost inevitable, and this phenomenon could cause “enough sea-level rise that many of  the world’s coastal cities would eventually have to be abandoned.”

Yet hopeful measures to avert such an outcome have been proposed in a separate new article in the journal Global Change Biology. These measures would involve reforesting as much as possible of the 45% of all land on earth now estimated to be used for raising livestock. Most land used for livestock was once forested and could be reforested again, allowing it to absorb excess greenhouse gas in the atmosphere.

According to the Global Change Biology article, if livestock products — meat, dairy, and egg products — are replaced with better alternatives, this could generate a unique dual benefit. Greenhouse gas attributable to livestock can be significantly reduced, and at the same time, the huge amount of land used for livestock could be freed up for reforestation and absorbing greenhouse gas in the atmosphere.

Using renewable energy to achieve the same outcome wouldn’t be possible, according to the International Energy Agency, which has estimated that sufficient renewable energy would cost at least $18 trillion and take at least 20 years. This would be long past the time available to stop the rapid melting of Antarctic.

There is documented potential for agricultural change to draw down greenhouse gas from our atmosphere to pre-industrial revolution levels within five years.

Agriculture is outdoors to a unique degree, exposing it to greater risk from emissions attributable to livestock than any other industry’s risk from the same  emissions. So food industry leaders can be seen to have a compelling commercial incentive to reduce those emissions.

For consumers, Bill Gates has been promoting the idea that climate change can be stopped by replacing livestock products with alternatives that involve little or no change in taste. This would be a way for people to take tangible action globally to reverse climate change on World Environment Day (and beyond).