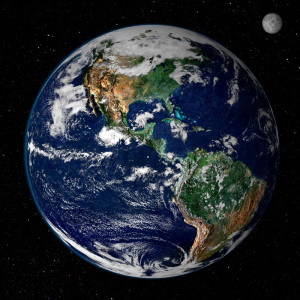 To maximize the potential of Earth Day, we’re told to prioritize actions that can yield the most environmental improvement. We’re told this means that reducing greenhouse gas emissions should be our priority, as our civilization is uniquely imperiled by greenhouse gas that generates climate change. So for many years, our priority on Earth Day has generally been to reduce greenhouse gas, and the key recipe has been to replace fossil fuels with renewable energy.

Yet we’ve completely failed in our priority for Earth Day, as the burning of fossil fuels has continued to rise globally, with an increase in worldwide construction of new fossil fuel power plants, which can’t be changed quickly. This has happened because as individuals, we can’t control the construction of power plants. However, we have generally overlooked the parts of our lives that don’t depend on power plants — and those are the parts of our lives that involve food, agriculture, and forestry, which we can control as individuals, and which can be changed quickly.

That 51% livestock-greenhouse gas estimate has been cited by Bill Gates, and it has appeared in the New York Times, while many others have also cited it. Moreover, that 51% estimate means that if 25% of all livestock products in the world were replaced with better alternatives, then we could reduce worldwide greenhouse gas emissions by about 13%, which would fulfill practically the entire objective of international climate treaty negotiations.

Anyway, we’re told that we must cap atmospheric carbon and start reducing it no later than 2020, or we risk reaching tipping points beyond which we may no longer be able to avoid catastrophic climate change. Yet the International Energy Agency has reported that capping atmospheric carbon through renewable energy will cost at least $18 trillion and take at least 20 years. This seems to confirm that our only pragmatic way to avoid climate catastrophe may be to replace a significant amount of livestock products with better alternatives.

Better alternatives to livestock products can range from whole grains and legumes to an array of meat and egg substitutes made from such items as peas, sorghum, and beans. Such products are generally responsible for minimal greenhouse gas emissions.

This analysis might sound as if it supports advocacy for veganism or vegetarianism, which seem abrupt and radical concepts.  Well, McDonald’s signature products are made of meat — and McDonald’s markets those products not as meatarianism, but rather as Happy Meals. So when we think of better alternatives to livestock products, maybe we’d do well to consider that they’re actually best thought of as Happier Meals.

There is documented potential for agricultural change to draw down atmospheric carbon to pre-industrial revolution levels within five years.  Agriculture is outdoors to a unique degree, exposing it to greater risk from emissions attributable to livestock than any other industry’s risk from the same  emissions. So food industry leaders have a compelling commercial incentive to reduce these emissions.

Yet it’s also easy for any individual to avoid greenhouse gas emissions attributable to livestock products, while most individuals can’t do anything to mothball fossil fuel power plants. In other words, replacing at least 25% of today’s livestock products with better alternatives looks like the only pragmatic way to get Earth Day finally not to fail.