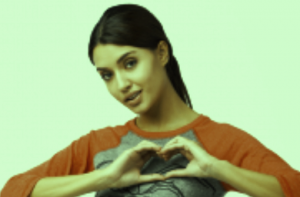 Heading into World Environment Day this Sunday, a Scientific American article warned that climate change has started to cause crops and livestock to die off in many places, imperiling the survival of some of the world’s poorest people.

Yet the Scientific American article overlooked how livestock cause climate change.

In fact, livestock are responsible for as much as 51 percent of human-caused greenhouse gas, according to the United Nations.  On the other hand, according to a recent projection published by Reuters, re-growing trees on land used for raising livestock and crops to feed them may be the key to reversing climate change before it is too late.

45 percent of all land on earth is now estimated to be used for livestock and crops to feed them.  Most such land was once forested and could be reforested again, allowing it to absorb excess greenhouse gas in the atmosphere.

In other words, if animal products are replaced with foods that taste about the same but are made without livestock — which Bill Gates, among others, has written can be done — then a unique dual benefit could be generated.  That is, greenhouse gas attributable to livestock can be significantly reduced, and at the same time, the huge amount of land used for livestock could be freed up for reforestation and absorbing greenhouse gas in the atmosphere.

Using renewable energy to achieve the same outcome wouldn’t be possible, according to the International Energy Agency, which has estimated that sufficient renewable energy would cost at least US$36 trillion and take at least 20 years.  This would be long past the time available to stop a potentially catastrophic rise in sea levels — which is said to imperil some of the world’s most important cities, including Mumbai, London, and New York City.

There is documented potential for agricultural change to draw down greenhouse gas from the atmosphere to pre-industrial levels within five years.

So on World Environmental Day, hope endures for reversing climate change, especially through simple changes in people’s choice of foods.