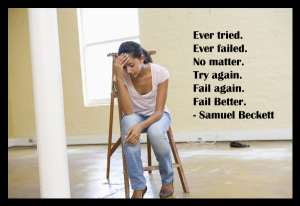 Environmental activists were said to incorporate flawed reasoning in their efforts today to promote an “expert” panel’s report that may be reflected in forthcoming new U.S. dietary guidelines.  The panel’s work has focused for the first time on food and environmental sustainability.

Today’s efforts were connected to the U.S. Meatless Mondays campaign and involved a presentation by activists to government officials in a public forum.  Activist groups and individuals also filed a petition with the U.S. Department of Agriculture and Department of Health and Human Services pressing them to use what activists called “scientific” evidence for “less meat” and for “more sustainable and humane food production methods”.

Yet activists’ efforts involved promoting less factory farming by pointing to expert recommendations that rely on analysis by the Food and Agriculture Organization (FAO) that prescribes more factory farming.

Friends of the Earth took a lead role in these efforts, which presses people to consume “less meat” by adopting measures such as Meatless Mondays.  Yet it has been noted that when people are pressed to consume “less meat”, they often switch from consuming meat to consuming dairy products and eggs.  So by activists’ own terms, it has been noted that sustainable and humane food production has generally not been achieved.

In promoting ‘less meat’, activists also overlooked the psychological principle that when people perceive that they are supposed to sacrifice something one day, they normally crave it even more the next day.  From that perspective, it has been noted that in the many years during which people have been asked to sacrifice meat, global consumption of livestock products has exploded six-fold, twice as fast as human population growth.

In contrast, it has been known for only the past few years that the world must significantly reduce greenhouse gases by 2017 or at latest 2020 or else climate change may no longer be controllable.  So it has been proposed that activists should prescribe better alternatives to livestock products, and not just as a sacrifice on Mondays;  climate-friendly alternatives to livestock products can be framed positively to be consumed every day of the week and year – for example, as ‘Happier Meals’.

Another way to frame these issues was proposed in a recent interview with food industry pioneer Ethan Brown on CBS This Morning.

The FAO recently expanded its promotion of factory farming.  The Rome-based organization replaced “Livestock’s Long Shadow” with a 2013 report that notably reduced the FAO’s estimate of human-caused greenhouse gas emissions attributable to livestock from 18 percent to 14.5 percent.

Activists today did not question inconsistencies in analysis by the FAO.  However, the FAO is only one of nineteen UN specialized agencies.

In contrast, Bill Gates has written an article prescribing the replacement of most livestock products with better alternatives, citing environmental specialists employed by two other UN specialized agencies – the World Bank and IFC – who have explained how livestock account for at least 51 percent of human-caused greenhouse gas emissions.  One of those specialists’ critique of the FAO’s partnership with global livestock industry associations was published by the New York Times.

In the second approach, it suffices for environmental assessment to be performed by livestock specialists in partnership with global livestock industry associations.

Also in the second approach, it passes muster for livestock specialists to prescribe ways to expand livestock production, which by livestock specialists’ own accounting would increase total greenhouse gas emissions attributable to animals raised for food.  Also, worldwide agreements and initiatives for aggregate greenhouse gas emissions to be significantly reduced in every economic sector can be disregarded.

Today’s efforts by activists did not take note that individual consumers can almost completely control their consumption of a healthful diet, but they cannot exert the same control over the environmental sustainability of their diets.

Because the international community has not identified any other way to control climate change by 2020 as needed, climatic risk has been identified as the most compelling reason to replace livestock products on a worldwide, large-scale basis with better alternatives promptly.  Better alternatives are delicious, high-quality, and economical foods consisting of – or made from – grains, legumes, and nuts, such as peas, soybeans, and almonds.

It is widely recognized that replacing livestock products with better alternatives can have a large beneficial effect on climate change.  To do so, there is a business case that does not rely on efforts by activists.