Environmental and livestock specialists face off; who wins? 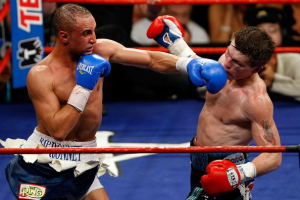 That difference in the numbers – i.e., between 14.5% and 51% – is much bigger than is normally seen in GHG accounting.  Yet both numbers have been widely cited.

So how can one tell which one is right, or whether both are wrong?  Well, one way to tell would be to have qualified experts perform an independent review of both numbers, and at least one such review is reportedly underway.

This work isn’t easy – in part because performing this type of assessment properly requires a rare combination of competencies in a range of disciplines including ecology, GHG accounting, environmental assessment, land use and land-use changes, and food production.

Yet there are a couple of easy ways to get a sense of whether the 14.5% figure or the 51% figure might be valid.

First, at least superficially, it looks as if the 14.5% figure can’t have been calculated properly.  That’s because most people who’ve focused on this area have acknowledged that there’s a significant amount of uncertainty and imprecision in figures on livestock populations and other relevant parameters.  So the mere fact that livestock specialists would use a decimal point – rather than round their estimate to 15% – implies some impropriety, as it’s a basic mathematical principle that uncertainty in the various figures used to develop the 14.5% estimate actually don’t allow for the “.5” part of that estimate.

Second, it turns out that the authors of the 14.5% figure and the 51% figure have faced off already – in the cattleman-friendly journal Animal Feed Science and Technology (abbreviated AFST).  It might seem strange that their face-off was conducted in a journal that seems as if would be biased.  But anyway, it was the authors of the 14.5% figure who started this face-off, by submitting a critique of the 51% figure to AFST.

The lead author of the livestock specialists’ critique of the 51% figure was Mario Herrero of the International Livestock Research Institute (ILRI).  Perhaps surprisingly, Herrero et al. were able to get their critique of the 51% figure published only as a commentary, not a regular peer-reviewed article – even by cattleman-friendly AFST.  In ILRI’s published version of the critique by Herrero et al., it looks as if it’s a regular article.  But if one looks at how the article was actually published by AFST, one sees that AFST tagged it as a “Commentary”.

Anyway, AFST subsequently published a response to Herrero et al. – and that response was written by the authors of the 51% estimate, Goodland and Anhang.  Then AFST offered Herrero et al. an opportunity to respond in turn, but they declined.

So who wins this faceoff?  In our age of social media, everyone gets to judge!

Environmental and livestock specialists face off; who wins? was last modified: April 26th, 2016 by admin
Share this post