How Researchers Cooked Data to Hate on Plants 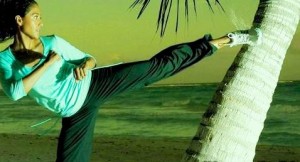 Walking by fruits, vegetables, or other plant material growing in sunshine, the fragrance is often exhilarating.  That’s in part because plant material in sunshine creates oxygen, at the same time as it absorbs greenhouse gas from our atmosphere.

But walking by livestock, the opposite happens in both daylight and nighttime, as untreated manure emits unpleasant odors along with huge volumes of greenhouse gases.

However, you wouldn’t know that by reading what’s been touted as scientific analysis from researchers at Carnegie Mellon University.  Those researchers are Michelle S. Tom, Paul S. Fischbeck, and Chris T. Hendrickson – or to use academic language, Tom et al.

So it would take more than 10 cups of lettuce to provide the same calories as 1 slice of bacon.  Of course, practically nobody would substitute lettuce for bacon.  So comparing their greenhouse gas footprints is much more unscientific than comparing apples to oranges, which people normally avoid doing – but where at least one fruit is being compared to another.

It’s much more appropriate to compare bacon to normal substitutes for bacon.  Substitutes are normally a combination of whole grains, beans or peas processed into something like soy-based “bacon”.  But such a comparison cannot properly be made using the data provided by Tom et al.

For example, the data provided by Tom et al. covers 10 types of processed beans and peas.  Tom et al. consider that energy inputs for canned, frozen, dried or fresh and (subsequently) cooked beans and peas fully represent greenhouse gas emissions attributable to those foods.  But that concept doesn’t stand up to scrutiny, as will be explained below.

Also, the data provided by Tom et al. uses the same sources – Carlsson-Kanyama et al. – for all of the 10 types of processed beans and peas that they list.  But Tom et al. add other sources that sharply lower the numbers for meat and poultry.  For example, the data that they use from Carlsson-Kanyama et al. shows 35 to 41 megajoules of energy inputs per kilogram of meat or poultry.  That’s quite a bit of energy.

It gets worse.  For 9 of the 10 processed bean and pea items for which data is provided by Tom et al., energy inputs are counted from “farm to fork”.  But for 17 of the 40 meat and poultry items, energy inputs are counted far short of the fork, in some cases only as far as the “farm gate”.  Once more, this skews the numbers to favor meat and poultry.

According to one widely-cited estimate by livestock specialists employed by the FAO, working in partnership with global livestock industry associations, livestock account for 14.5% of anthropogenic greenhouse gas emissions.  According to another widely-cited estimate by environmental specialists employed by the World Bank Group, livestock account for at least 51% of anthropogenic greenhouse gas emissions.

A 2014 report published by the UN General Assembly explains how the 51% figure from the World Bank Group counts certain greenhouse gas omitted in the 14.5% figure from the FAO, and referring to both figures, the report states (on page 6) that “there is no doubt in the scientific community that the impacts of livestock production are massive.”

So how have the conclusions of Tom et al. – based on highly skewed data, and doing strange things such as comparing bacon to lettuce – come to be promoted by reputable media outlets?  Well, many such outlets have stopped employing full-time environmental journalists, who might have used their knowledge of existing literature on climate change and otherwise applied a critical eye to the work of Tom et al. before disseminating it as fact.

In existing literature, it is widely recognized that replacing animal-based foods with plant-based ones can have a large positive effect on climate change.  In fact, plant-based foods offer two major ecological benefits:  They not only reduce greenhouse gas emissions, but they also free up land on which we can grow more trees.

Growing more trees can draw down excess carbon from our atmosphere. There is strong motivation for doing so, as adverse impacts from climate change appear to be increasing in frequency and severity.  This is most apparent in the agricultural sector, which depends on a stable climate more than any other economic sector.

How Researchers Cooked Data to Hate on Plants was last modified: August 16th, 2018 by admin
Share this post