How to Reverse Climate Change Before It’s Too Late 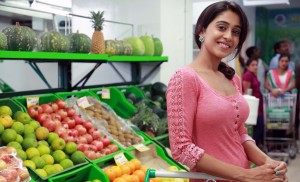 Climate change is fearsome. If climate change it not controlled, then it’s projected that it may imperil humanity in major cities across the world, including Paris, New York, London, and Dubai.

The last chance for major action before climate change become catastrophically irreversible is said to be 2020 or at the latest 2026.  This means it is too late to reverse climate change by replacing fossil fuel infrastructure with renewable energy infrastructure. That’s because doing so is estimated to require at least 20 years to implement at the necessary scale.

Now, there seems to be only one remaining pragmatic way to reverse climate change before it’s too late – and that’s by taking quick and large-scale actions in food, agriculture, and forestry. When Jeff Anhang and I estimated in 2009 that at least 51% of human-induced greenhouse gas is attributable to livestock, we calculated that replacing 25% of today’s livestock products with better alternatives could almost fully achieve the objective of the Kyoto Protocol.

However, as greenhouse gas emissions and atmospheric carbon have continued to rise, now almost 50% of today’s livestock products must be replaced with better alternatives by 2017 – or by 2020 at the latest – in order to achieve the objective of the Kyoto Protocol and avert catastrophic climate change. No other pragmatic worldwide action to reverse climate change has been proposed by anyone.

One reason why worldwide action is needed is that climate change is one of a relatively small number of environmental issues that are transboundary. This means that greenhouse emissions and atmospheric carbon don’t respect borders – so a molecule of carbon dioxide emitted in China can affect someone anywhere in the United States just as much as it will affect someone in Beijing.

In fact, the average global concentration of atmospheric carbon continues to increase after it recently rose above 400 parts per million, far above the safe level of 350 parts per million. The only known way to draw down atmospheric carbon on a large scale in a relatively short timeframe is by growing more trees, which is uniquely possible through our recommendations. That’s because replacing a substantial amount of today’s livestock products with better alternatives will free up a vast amount of land to permit large-scale reforestation and greenhouse gas sequestration – at the same time as it will massively reduce greenhouse gas emissions attributable to livestock production.

The dual benefits of reducing emissions and absorbing atmospheric carbon on a large scale at the same time are the key aspect of what makes our recommendations the only pragmatic way to reverse climate change before it’s too late.

To be clear about what we mean by “better alternatives” to livestock products: We mean everything from grain-based meats to soy milk, nut butters, as well as whole grains and legumes. This is because any food that comes directly from a plant rather than from livestock will generally be responsible for a much lower level of greenhouse gas emissions than are livestock products.

We recommend against framing what’s needed as less “meat” and less “milk,” in part because producers of vegan foods often use terms such as “grain-based meat” and “hemp milk.” Moreover, dictionaries define “meat” and “milk” as essential food products that include vegan versions. So we suggest that it is not the soundest of strategies to cede the terms “milk”and “meat” to livestock producers, and to press people to sacrifice those items.

Indeed, the livestock industry perceives that consumers see milk as such an essential beverage that some livestock producers have filed lawsuits to prevent vegan food producers from using the term “milk.” A good way of framing the relevant issues can be seen/heard in a recent television interview.

One of the reasons to focus attention on livestock and feed production is that such production is estimated to occupy 45% percent of all land on earth – that’s all land, both arable and non-arable, including ice caps and mountaintops. Most of the land used for livestock and feed production was once forested, and can be forested again. In fact, there is documented potential for agricultural change to bring  atmospheric carbon to pre-industrial revolution levels within five years.

To provide as much scientific information on this as possible, we’ve developed a website called Chomping Climate Change where we’ve posted updated versions of our assessment and links to many prominent citations of our work.

For decades, activists have urged that people reduce their consumption of livestock products in order to reduce environmental impacts in general, to be more compassionate to animals, and to improve human health – yet during those decades, global consumption of animal-based foods has risen six-fold (i.e., twice as fast as human population).

In contrast, emergencies normally motivate major action – and since major action to reverse climate change is said to be needed by 2020 or no later than 2026, it should be considered most accurate (as well as most compelling and effective) to cite reversing climate change as the key goal for people to act upon.  Indeed, there is surely no more compelling motivation to act than the knowledge that replacing livestock products with better alternatives may be the only pragmatic way to stop catastrophic climate change from imperiling much of life on earth.

[This posting is based on an article by Robert Goodland and Jeff Anhang originally published by the Worldwatch Institute, and this posting is an updated version of one first posted in July 2014].
Share this post