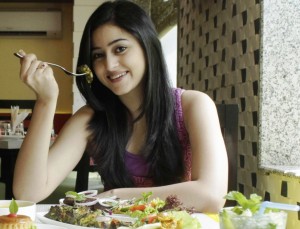 In the past five years, it’s become commonplace to write that the world will need 70% more food by 2050. But that’s a big fat lie, and here’s why.

Anyway, the UN hasn’t expressed any opinion on whether its low- or medium-variant projection is more likely to be fulfilled.   So even if we don’t do anything to reduce the incidence of overweight and obese people — and the most recent data says that a shocking 1.4 billion people are overweight or obese today — it would seem that we’d need between 12% and 30% more food in 2050, not 70% more food.

Yet UN projections for between 12% and 30% more people in 2050 do not factor in any potential for population contraction due to sea-level rise due to climate change. Sea-level rise driven by climate change is said to imperil 1700 cities in the U.S. alone — including New York, Boston, and Miami — and much poorer cities across the world face a similar risk, and they’re much less capable of managing that risk. This suggests that we may well have less people in 2050 than today, which would mean that we’ll need less food, not more.

So where does the projected need for 70% more food come from? Well, it comes from the UN Food and Agriculture Organization (FAO) — which insists that the world needs to prepare to raise 70% more livestock by 2050. In some places, it’s been said that the FAO even projects that we may need 100% more food by 2050.

Yet FAO projections are based on a presumed large-scale expansion of the livestock sector, which would lead to “further destruction of natural habitats like rainforests” and would “not solve food insecurity,” according to the Soil Association.

In contrast, demand for animal products could decline through at least 2030 according to the International Food Policy Research Institute (IFPRI) in its report entitled “Feeding the Future’s Changing Diets” (see page 6 of the report). IFPRI co-published with the FAO a report 15 years ago that kicked off the “Livestock Revolution,” projecting inevitably more livestock — so it’s particularly striking to see the IFPRI now projecting such a different fuure.

In thinking about whether livestock production is bound to expand or contract, it’s worthwhile noting that there are presently more than 173 billion animals raised for food each year (see more than 73 billion land animals tallied at http://www.bft-online.de/…/publika…/ifahfactsheet0112fin.pdf and more than 100 billion shrimp at http://aciar.gov.au/files/node/2196/pr90chapter12.pdf; this doesn’t even count any farmed fish).

Yet the FAO has been pushing for expansion of the livestock sector. Notably, in 2006, the FAO published a report estimating that livestock were responsible for 18% of anthropogenic greenhouse gas emissions — yet that report prescribed no less livestock, but rather more factory farming (on p. 236): “The principle means of limiting livestock’s impact on the environment must be… intensification.”

The FAO subsequently published a 2013 report that reduced its livestock emissions estimate from 18% to 14.5%, and paired that estimate with prescriptions to facilitate 70% more livestock production by 2050.

Yet the authors of both those 2006 and 2013 FAO reports were livestock specialists, not environmental specialists, and the FAO is just one of nineteen UN specialized agencies.

In contrast, Bill Gates has written an article prescribing the replacement of livestock products with better alternatives, citing environmental specialists employed by two other UN specialized agencies — the World Bank and IFC — who’ve explained how livestock account for at least 51% of anthropogenic greenhouse gas emissions. One of those specialists has written a critique of the FAO’s partnership with global livestock industry associations for The New York Times.

So the truth is that we’ll likely need to grow much less food in the future than today. That’s because we grow far too much food to feed livestock, whereas we actually must replace livestock products with better alternatives in order to reverse climate change before it’s too late. And if we don’t grow less food voluntarily, then global warming may force it.