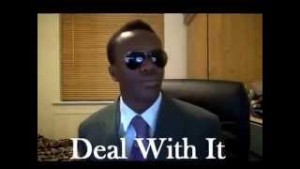 In contrast, Bill Gates has written an article prescribing the replacement of livestock products with better alternatives, citing analysis by environmental specialists employed by two other UN specialized agencies (the World Bank and IFC).*

One of those environmental specialists has written a critique of the FAO’s partnership with global livestock industry associations published by The New York Times.  He also co-founded the website Chomping Climate Change – where it’s said that replacing livestock products with better alternatives may be the only pragmatic strategy to reverse climate change before it’s too late.  And if livestock are not replaced with better alternatives voluntarily, then climate change is likely to force it.

Until recently, evidence was slim that climate change was causing dire hardship and large-scale die-offs in the raising of livestock and crops that feed them.  However, there has recently been a noticeable spike in such hardships and die-offs all over the world.

This has made it seem all the more obvious that there is a business case for replacing livestock products with better alternatives – and this, along with reforestation, may be the only pragmatic case for reversing climate change before it’s too late.

Below is a sample of reports from just the past few months providing evidence of a spike in dire hardship and large-scale die-offs in the raising of livestock and crops that feed them (n.b., these reports and more are posted on our Facebook page).

* Those environmental specialists are Robert Goodland and Jeff Anhang, and their analysis can be seen on the website of the Worldwatch Institute.