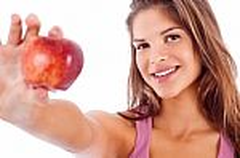 Many thousands of people are converging on New York City for this Sunday’s People’s Climate March, and with good reason. According to environmental authorities, we must reduce greenhouse gas significantly in our atmosphere by 2017 and at latest 2020 — or else melting polar ice will lead to rising seas that may doom New York City and hundreds of other cities to catastrophic flooding.

Yet politicians have totally failed for more than 20 years to implement international policies that would reverse climate change.  As a result, people have become skeptical of politicians’ claims — especially when they promote international treaties, propose new taxes, or pressure us to change our lifestyles. Other folks are simply giving up hope.

However, fresh hope and inspiration are available from a unique, pragmatic opportunity that involves no treaty, no taxes, and no change in our lifestyles. This opportunity has been widely cited by Bill Gates and many others. This opportunity is to promote and to consume what might best be called “Happier Meals.”

Eating “Happier Meals” means replacing animal-based foods with climate-friendly meat, milk, and “egg” products made from grains, legumes, and nuts, such as peas, soybeans, and almonds — or with whole grains, legumes and nuts. These are climate-friendly because foods that come directly from plants are generally responsible for much less greenhouse gas emissions than animal-based foods.

It is too late to reverse climate change using the strategy of replacing fossil fuel infrastructure with renewable energy infrastructure. To implement that strategy at the necessary scale, it’s estimated we’ll need 36.5 trillion dollars and 20 years, long past the time by which it’s said we must reduce greenhouse gas significantly. Indeed, that strategy has been the main one used since 1990. But it hasn’t yielded less greenhouse gas emissions as promised; instead, shockingly, greenhouse gas emissions have risen by 61% from 1990 to 2013.

At the same time, animals raised for food have been estimated to be responsible for various percentages of human-caused greenhouse gas. Yet articles on “Happier Meals” explain how regardless of which estimate is used, we can reduce atmospheric carbon to a safe level by globally replacing between 50 and 85% of today’s animal-based foods with foods made from plants. No other pragmatic action to reduce greenhouse gas significantly by 2017 or 2020 — as needed — has even been proposed.

Some people will predictably doubt whether large-scale switching from animal-based foods to plant-based ones can really happen within three to six years. But it surely can happen if one thinks of animal-based foods as being obsolete in our modern age of climate change.  For example, tube TVs and horse-drawn carriages were widely loved in their heydays — yet once they were perceived as obsolete, they were completely replaced within a few years by automobiles and digital TVs.

The reason why “Happier Meals” are the only pragmatic way to reverse climate change flows from the fact that the only known way to draw down atmospheric carbon on a large scale in a relatively short timeframe is by growing a large number of trees. In fact, raising animals for food is estimated to occupy 45% percent of all land on earth. Most of that land was once forested and can be reforested.

So, “Happier Meals” will first reduce all the greenhouse gas emissions attributable to raising animals for food — and then, greatly reducing the number of animals raised for food will free up a huge amount of land for growing trees, which can uniquely sequester atmospheric carbon on a large scale.

For many years, activists have called for avoiding animal-based foods in order to benefit human health and animal welfare, yet global consumption of animal-based foods has continued to rise. But the ease and economy of switching foods to reverse climate change mean that there’s a business case for doing so. In fact, it’s the only pragmatic business case to start reversing climate change within the next few years.

Moreover, emergencies normally motivate major action. Since major action to reverse climate change is said to be needed by 2017 or no later than 2020, there is surely an overwhelming motivation to promote and to consume “Happier Meals” — as they may be the only pragmatic way to stop climate change before it’s too late. So for the People’s Climate March and beyond, the highest priority should be “Happier Meals.”

————————————————————-
* The late, renowned ecologist Robert Goodland (1939-2013) served as Lead Environmental Adviser at the World Bank Group, after being hired as its first full-time professional ecologist. Among his many accomplishments, Dr. Goodland co-authored (with Jeff Anhang) the ground-breaking study finding that livestock is responsible for at least 51% of human-induced greenhouse gases. This article is excerpted and edited from the last public presentation made by Dr. Goodland (in September 2013).