Combating climate change on the Fourth of July 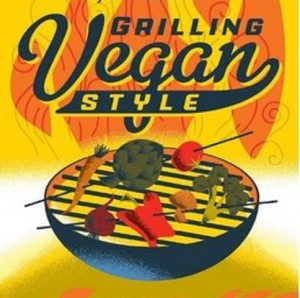 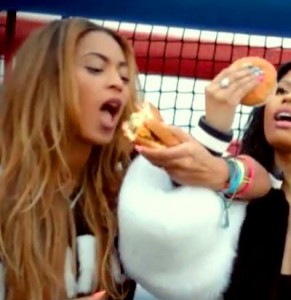 Americans headed into the Fourth of July holiday – U.S. Independence Day – enjoying the lowest gas prices since 2005, motivating more driving than ever.  To combat climate change, there seems little choice but to buy a more fuel-efficient car, but Americans are doing the opposite.

Yet Americans are still finding it possible to fight climate change by making an almost imperceptible change in their backyard barbecues, a hallmark of Fourth of July celebrations.  While beef and other animal products are popular at holiday barbecues, livestock are responsible for as much as 51% of greenhouse gas that causes climate change, according to the United Nations.

But if animal products are replaced with foods that taste about the same but are made without animals — such as Beyond Burgers, Field Roast sausages and Morningstar riblets — a unique dual benefit is generated.  That is, greenhouse gas attributable to animal products is significantly reduced, and at the same time, the huge amount of land used for animal agriculture is freed up for reforestation and absorbing greenhouse gas from the atmosphere.

In Orlando, a small business called the Vegan Hot Dog Cart was scheduled to be open all night on the Fourth of July at its usual downtown street corner.

For celebrations across America, a fuller range of treats including hot dogs, burgers, and potato salad made without animal products was promoted as a public service for the holiday by Bustle, a new media outlet focused on regular family lifestyles.

The key issue in food and climate change is that 45% of all land on earth is now estimated to be used for animal agriculture.  Most such land was once forested and could be reforested again, allowing it to absorb excess greenhouse gas in the atmosphere.

According to a new projection published by Reuters, regrowing trees on land used for animal agriculture may be the key to reversing climate change before it is too late.

Greenhouse gas emissions drive climate change, which imperils – among many aspects of life in the U.S. – even its national parks.

In an interview about the effects of climate change on national parks, Sally Jewel, U.S. Secretary of the Interior, said: “In Historic Jamestowne, we’ve actually had 98 feet of coastline wash away, including half of what was a Civil War fort…  Glaciers melting in Glacier National Park;  Joshua trees dying in Joshua Tree National Park — and all these things are tied in to a changing climate.”

Timely reversal of climate change wouldn’t be possible even if all gasoline used for driving could somehow be completely replaced with alternative energy.

The International Energy Agency has estimated that sufficient alternative energy to reverse climate change would cost at least US$36 trillion and take at least 20 years.  This would be long past the time available to stop a potentially catastrophic rise in sea levels — which is said to imperil some of America’s most important cities, including New York City, Miami, and Los Angeles.

There is documented potential for agricultural change to draw down greenhouse gas from the atmosphere to pre-industrial levels within five years.

So on the Fourth of July, hope endures for reversing climate change, especially through simple changes in people’s choice of foods.